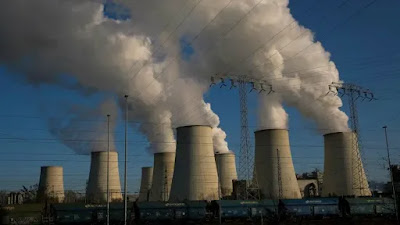 Sovereign wealth funds, state investment vehicles that collectively have over $8tn in assets under management, appear obvious candidates to spearhead investment into climate-friendly assets. Most have long-term investment horizons, and all work in the interests of nation states that would need to spend big to mitigate the impact of global warming. Some recognise this. Norges Bank Investment Management, or NBIM, which somewhat ironically derives its wealth from Norway’s vast oil supplies and which is touted as the world’s largest sovereign wealth fund, has made ESG goals a core part of its investment strategy. Increasingly it pays to go green.

Global SWF, a data platform that tracks over 400 sovereign wealth funds and public pension funds, notes in a report out earlier this year that Australia’s Future Fund has “along with a sound investment strategy, historically yielded excellent results” and made money “in both rising and falling markets”. It may not always be the case that going green makes short term gains —— a lot of the assets in certain parts of the ESG sphere may now be overvalued. But, combine the dangers of being stuck with stranded assets with the reasons we’ve listed for the official sector going green, and what strikes us as odd is that the stance of NBIM and the Future Fund is not replicated across the board. When broadened out to include all of the top 100 funds, Global SWF finds just 35 of them have an ESG report:

For those who follow the world of official sector asset management, this might not come as much of a surprise. Despite their capacity to set the agenda, the official sector has often been too conservative to do so and tended to follow the herd —— even when such decisions have run counter to the interests of the state they represent. During the global financial crisis, for instance, reserve managers pulled $500bn-worth of dollar liquidity at a time when their counterparts in central banks were struggling to cope with a lack of greenback funding.

Central bank reserve managers, which are responsible for north of $12tn in reserves, have traditionally had a different set of responsibilities to sovereign wealth funds. Traditionally tasked with stabilising volatile movements in their domestic currencies, which can spook investors and exporters, they hold assets that are liquid enough to sell quickly so that, in the event of turmoil, they can intervene in FX markets. They are primed for preventing crisis and therefore not so focused on the longer-term. Some within the field are calling on reserve managers in central banks to change their tune. At the start of this week Gary Smith of Sovereign Focus and John Nugée of Laburnum Consulting issued a joint paper that argues reserve managers ought to consider climate change enough of an emergency to make investments in technologies that will lower carbon emissions a priority:

The Paris agreement includes commitments to both cut climate-altering emissions, and continually revisit and strengthen those commitments. It is an ongoing promise. Whilst the long-term arguments for a renewable energy transition are indisputable, there will be near-term financial costs associated with the transition. The capital investment required in the rollout of solar and wind energy projects and in re-equipping households to enable the switch to green energy will require large scale funds, and will require them now. This is the argument for mobilising all sources of national wealth to finance a green transition. Martin Luther King in his seminal 1963 speech addressed what he termed “the Urgency of Now”, and it is a phrase being used with increased frequency and vigour in the climate change debate. Now is the time to act as every year without action makes the task of restoring global climate equilibrium more difficult. Sovereign Wealth Funds are a clear source of funding for this task, and according to the financial think-tank OMFIF, have assets under management of around $8.5 trillion.

However in the current twin crises it is our view that FX reserves should also be considered as part of the solution: and at around $14 trillion take the total firepower available in national wealth accounts to a number that equates to almost 20 per cent of global GDP. This is a sizeable war chest that should not be idle at this critical moment. Is this set to happen? The optimist in us would note that central banks have stepped up the rhetoric on fighting climate change. Even the Fed, a laggard in this area, signed up to the Network for Greening the Financial System. Yet, so far, this has been mostly talk. And, as mentioned earlier, the official sector is not known for leading the charge. We hope we’re wrong, but we fear we may be waiting a while long for them to put their money where its mouth is.