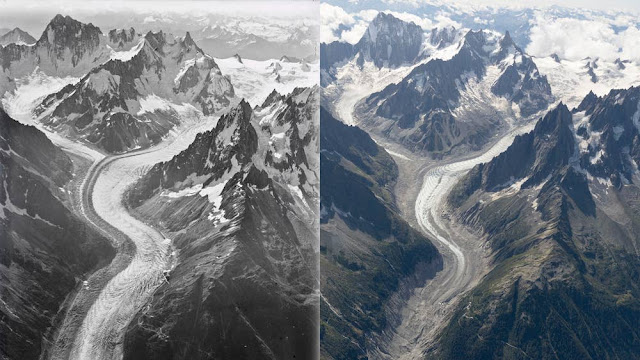 Anyone who has seen the pollution plumes and waste piled high in cities like Rome and Naples may be surprised to hear that Italy is bearing the torch in the fight against the climate crisis.
However, with its green new deal and promotion of a sustainable circular economy, Italy is proving to be an unlikely leader on climate issues. With devastating floods occurring across northern England, political parties in Britain would do well to learn from their counterparts in Italy.
The current coalition, composed of the populist Five Star Movement (M5S) and centre-left Democratic Party (PD), and headed by prime minister Giuseppe Conte, has made a raft of climate-conscious announcements. M5S has always placed a strong emphasis on protecting the environment, the party included it as a central campaign promise in the March 2018 election that swept it into power. In October, the government braved the wrath of Italy’s “Packaging Valley” to announce a new tax on plastic in its 2020 draft budget, obliging firms to pay a €1 levy per kilogram of plastic produced.

This comes in the wake of an alarming report (October 2019) by the Italian Institute for Environmental Protection and Research (Ispra) on the Mediterranean, entitled “On rubbish, we have hit rock bottom, and it’s 75 per cent plastic”. Findings revealed that more than 500,000 tons of plastic waste end up in the Mediterranean each year, with fishermen reporting more waste than fish in their nets.

Speaking on tackling plastic waste in November, Roberto Gualtieri, PD finance minister, said: “we can’t first applaud the children who fight for a better environment and then not take action.” Unlike our own, the Italian government recognises the importance of youth activism. In September, Lorenzo Fioramonti, M5S education minister, came out in favour of the school climate strikes, telling schools to “consider the absence of pupils taking part in the mobilisation against the climate emergency as ‘justified’”. Fioramonti’s endorsement of the Fridays for Future strikes marks a stark contrast to Boris Johnson’s dismissal of Extinction Rebellion protestors in London as “uncooperative crusties”.

In November, Fioramonti went a step further and introduced compulsory climate change lessons for all schools, making Italy the first country to do so. From September 2020, children will have 33 hours a year of climate and sustainable development education. While climate change is taught in geography and science in UK secondary schools, petitions to make it a core part of the national curriculum haven’t received enough signatures to be debated in parliament.
Speaking on the climate emergency at the UN General Assembly in September, Conte said: “Italy intends to play a leading role in the global fight against climate change. We owe it to all the young people who are making their voices heard.” Johnson, in contrast, saw his own plans dismissed by Greenpeace as “a flop” and a failure in world leadership on the climate crisis.

Of course, it is not all plain-sailing for Italy’s climate-conscious: in October, an effigy of Greta Thunberg was found hanging off a motorway bridge in Rome. Italy also continues to bear the disastrous effects of the climate crisis, with olive oil production falling by 57 per cent this year and producers faced with Italy’s worst ever honey harvest. The chaotic scenes from Venice’s worst tidal flooding since 1872, when official tide statistics first began, and the collapsing Planpincieux glacier on Mont Blanc are reminders that more urgent action is still needed.

However, the Italian government is heeding its young population’s demands for action on the climate crisis and responding with bold policies, which is more than we can say for Britain. The climate crisis is wreaking havoc on our own shores too, but where is the political leadership on the climate crisis from our own mainstream parties?
The recent floods should be a rallying call to our politicians to take action as the Italians have. While we should celebrate all efforts to tackle the climate crisis, whatever the outcome of the general election, our government must do more.
In their election manifestos and in government climate policy, Britain’s political leaders should take a leaf out of Italy’s book, and heed M5S leader Luigi Di Maio’s challenge to us all: “politicians look to the next election; statesmen look to future generations.” What is Britain waiting for?