The case for forests’ prominent role in holding off climate change 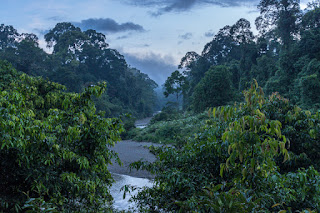 Most scientists and experts agree that forests are critical to stabilizing the global climate, and the 2015 Paris climate agreement recognized the need to “conserve and enhance” their carbon sequestration potential. But three years after the deal, forests and their capacity as regulators of emissions still aren’t recognized on the same level as the energy sector.

Part of the reason is that forests aren’t viewed as a permanent part of the solution, Donna Lee, an independent climate change and land use consultant, said.
“There seems to be a fear that if we invest in forests, they may all go up in smoke in a few years,” Lee told Mongabay in an email. “We forget that forests have been a permanent fixture on our planet for millennia.”

In a report released by the San Francisco-based Climate and Land Use Alliance in November, Lee and her colleagues contend that world leaders should embrace the climate change-mitigating potential of forests. Indeed, mounting evidence, including a 2018 paper from the Climate, Land, Ambition and Rights Alliance, suggests that it won’t be possible to hold the global temperature rise below the 1.5-degree C (2.7-degree F) limit laid out in the Paris climate accord unless standing forests are maintained and degraded areas are allowed to recover. 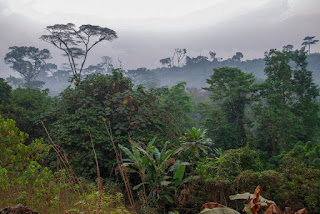 “I do think ‘natural climate solutions’ tend to be underappreciated and underfunded,” she said. “Recent reports suggest that while natural options, in particular forests, can be some 30% of the near-term solution, forests capture about 2% of climate mitigation finance.”
Forests lock away 1.3 times more carbon than found in the world’s untapped energy resources, Lee and her coauthors write. They also argue that reversals — that is, changes to the permanent status of a carbon sink or source after it has been accounted for — are possible in the energy sector, just as they are with forests.

“They can happen in any sector,” Lee said. For example, a country might shy away from an energy strategy that’s heavily dependent on nuclear power because of the risk of accidents. The switch to new sources of energy will change the amount of carbon that the country is responsible for releasing into the atmosphere.

A worry with forests is that the greenhouse gas emissions accounted for in countries’ nationally determined contributions might rest on standing forest, which could then be cleared away shortly after that. But Lee said that holding countries liable under the “once in always in” provision of the Paris rulebook, which was approved at the 2018 United Nations climate conference in Poland, will help ensure that those changes aren’t missed. 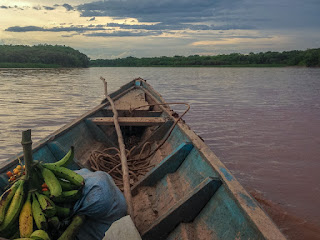 “Now countries are responsible for all forests and for a long period of time,” Lee said. “This is a critical piece of the new rulebook.”
Often, Lee said, forests are only seen as either a static repository of carbon or as a source of emissions when they’re cleared or degraded. But focusing on that part of the equation discounts their full potential in slowing the warming of the earth, she said.

“The wonderful thing about lands and forests are that they also remove [carbon dioxide] from the atmosphere,” Lee said. What’s more, over the long term, reforesting areas that have been cut down and rehabilitating degraded forests could expand the role of the land sector.
“It’s not easy, however,” she said. “And I don’t think it is necessarily ‘cheap.’” But she noted that forests aren’t as costly as most “carbon capture technologies.” Similarly, she and her colleagues write that the earth’s carbon sinks, of which forests are the most prominent, are the only current solution that can soak up the massive amounts of carbon that we humans release into the atmosphere.