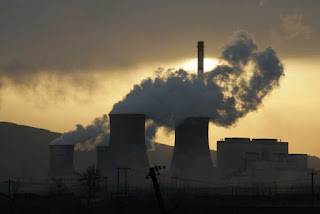 Australia's major banks have been getting back into fossil fuels over the past year — casting doubt on their seriousness in tackling climate change through their investments — according to environmental campaign group Market Forces.

How the big banks compare

"This really throws into question the banks' seriousness when it comes to taking action on climate change," said Julien Vincent from Market Forces.

"When you've had banks like ANZ talking up how their coal exposures are declining and would keep on declining, it's interesting to see the numbers tell a different story."
He said the banks had also taken part in several deals over the past year that expanded the scale of the fossil fuel industry, which is the most obvious contradiction with the Paris Agreement.
"Some even contradict the banks' own policies," he added.

The big four banks all said they were committed to taking action on climate change.
A spokesman for ANZ said while the bank had a "minor increase in exposures from 2017-2018", this reflected mergers and acquisition activity in the sector whereby diversified miners had sold off their coal mining assets to a range of 'pure play' coal producers.

A spokesman for NAB said the bank supports the low-carbon transition, consistent with the global agreement reached Paris, but that "it is important to have a considered and orderly approach to ensure Australians have continued access to secure, reliable and affordable energy".

He said while NAB's exposure to coal mining remained virtually unchanged, there had been a shift away from thermal coal (for power generation) to metallurgical coal (for steel making). Coal-fired power as a percentage of energy generation exposure has also continued to trend down, he added.
"NAB is the leading arranger by market share of Australian renewable energy project finance and we have committed to providing $55 billion in environmental finance to assist the low carbon transition by 2025," he said.

A spokeswoman for Westpac said the bank had "consistently and publicly reaffirmed its commitment to addressing climate change, and any projects we support in the natural resources sector must meet strict quality criteria and be aligned to our climate change position statement".

"Exposure numbers typically fluctuate during the normal course of business and management of our balance sheet," she said.

A spokeswoman for CBA said the bank would take a "balanced, measured and responsible approach in supporting the transition to a low-carbon economy".
"Our coal funding is comparatively small and has been trending down for some time," she said.
"Our lending exposure to renewable electricity generation has increased, with significant transactions in Australia and overseas."